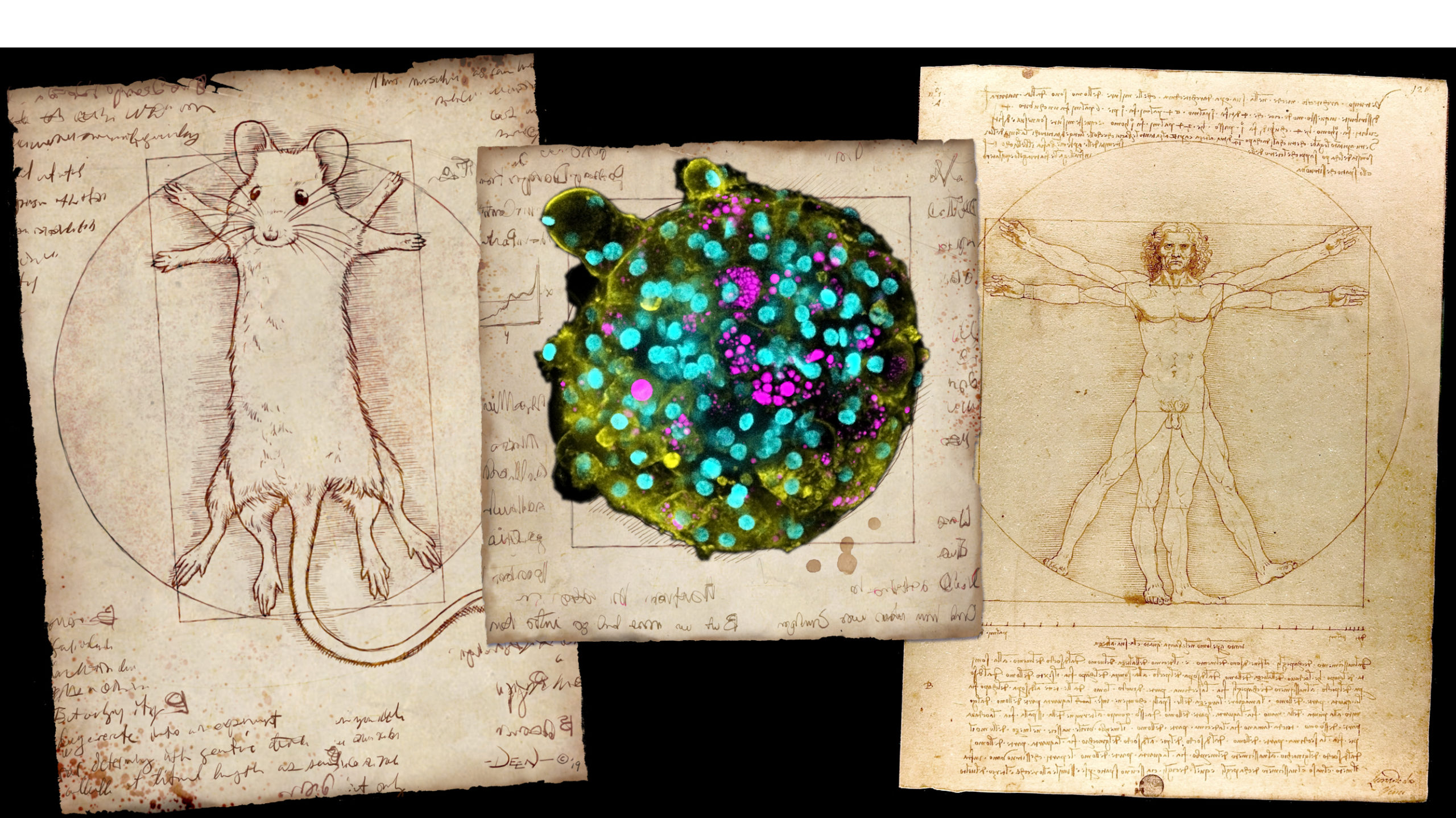 If you have experienced a clinical study where your developed therapeutics resulted in increased levels of aspartate aminotransferase (AST) and alanine transaminase (ALT), you may wonder how to recapitulate these effects in preclinical in vitro safety studies. This has been a major challenge for in vitro models in the past, but I am excited to say that there is now the possibility to measure AST in liver spheroids! This should further improve the predictability of in vitro models, as well as close the gap to clinical data.

Why do we care about AST and ALT?

As you may already know, AST and ALT levels are typically measured in clinical trials to detect drug induced liver injury (DILI).  They are both released from compromised hepatocyte cell membranes following a necrotic event, and in patients, the measurement and ratio of ALT/AST in the blood is a biomarker for liver damage (as ALT is more primarily found in the liver whereas AST is more promiscuously expressed throughout the body).  Sometimes elevations in these liver toxicity biomarkers pop up in the Phase 1 “drug safety trials”, but all too often they don’t reveal themselves until larger, even more expensive phase 2 and phase 3 efficacy trials, or even post market.

So we all wonder: why didn’t preclinical models predict these fatal liabilities?  Besides the ethical concerns from using animal tox models, the expression of metabolic enzymes and transporters differ greatly between different species, all of which can impact downstream DILI.  As for in vitro human models, immortalized human cell lines or even primary human cells plated in 2D lack the functionality and longevity of 3D cultures necessary to properly predict hepatotoxicity.  This has been highlighted in numerous papers such as this one, with endpoints such as ATP, LDH, HMGB1, miR122, etc.

However, when trying to directly translate AST and ALT levels from the bench to the clinic, this has been very difficult for all in vitro models. Most kits’ limit of detection are too high for measuring this transaminase in vitro. Nevertheless, there is an understandable demand for direct translation between the bench and the clinic for this valuable endpoint.

Where is the proof?

InSphero has been up for the challenge. We have spent several years testing different kits for detecting AST and ALT, and have finally optimized a powerful system that accurately predicts DILI using AST as the endpoint. AST measurements from toxic compounds are found to be remarkably consistent with that of LDH, just at a much lower scale. Furthermore, these AST measurements are coming exclusively from liver cells in this human model, so there isn’t a need to calculate the ratio of ALT/AST, or even measure ALT at all.

Our proof-of-concept studies have included numerous toxic compounds (for example, Troglitazone shown below) with concurrent AST, LDH, and ATP measurements. All three of these endpoints can be multiplexed from the same spheroid microtissue/well. 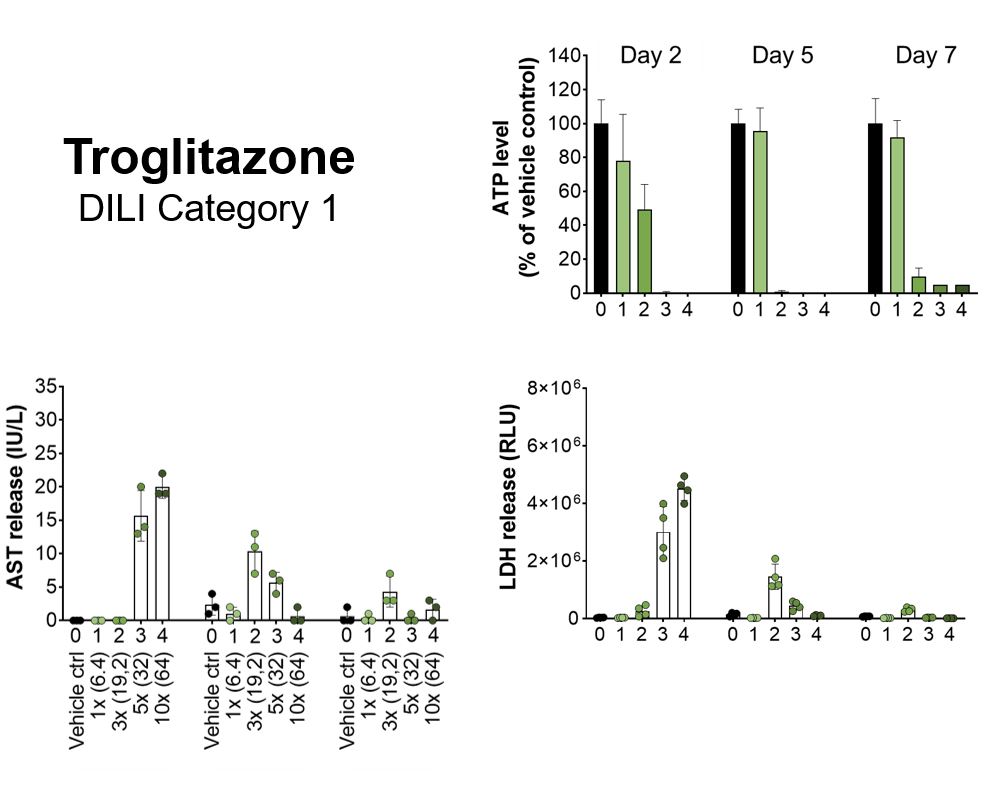 With these new scientific developments, we can help to get that much closer to predictive clinical translation. Please contact me at sue.grepper [at] insphero.com if you would like to learn more about liver toxicity testing options. 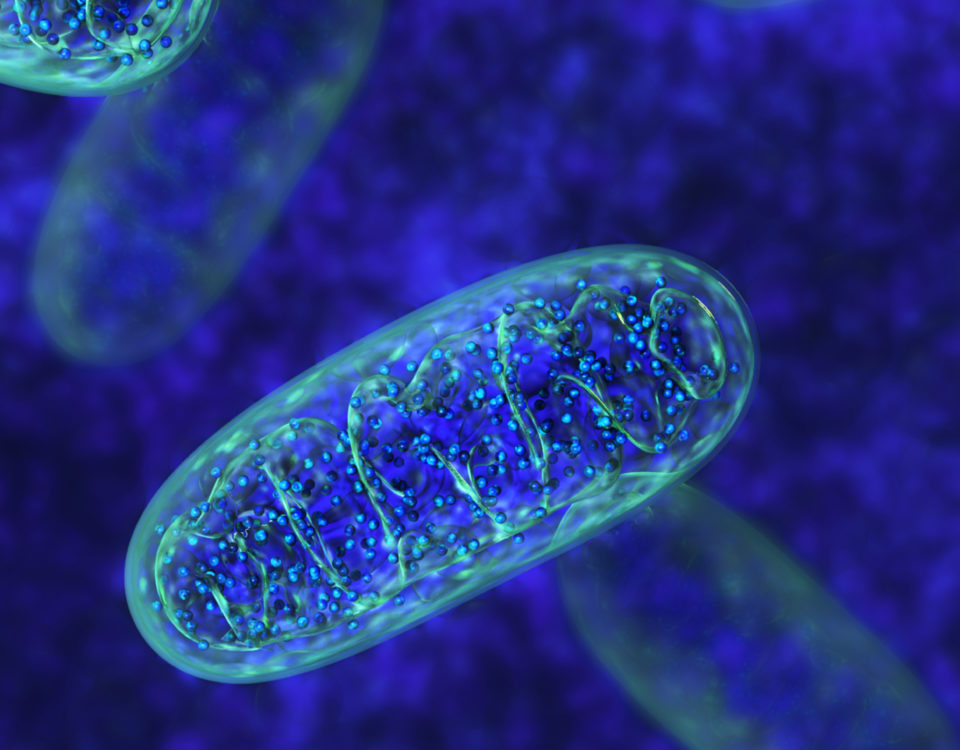 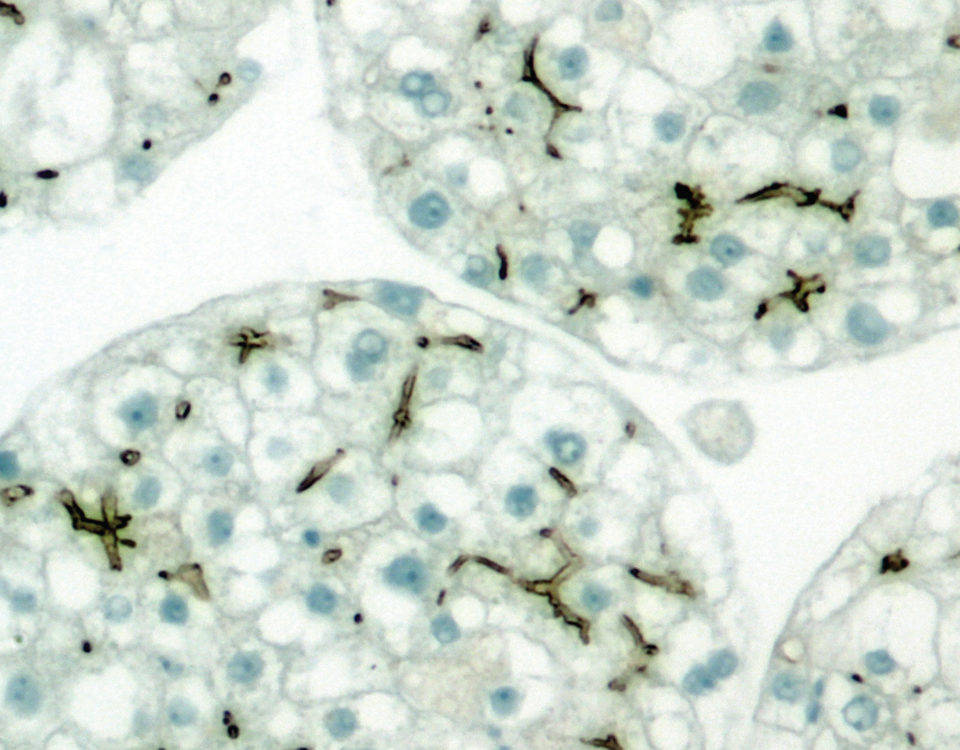